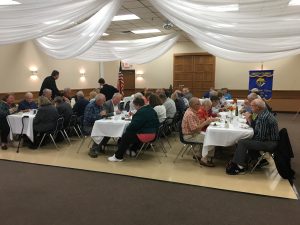 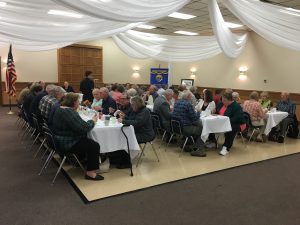 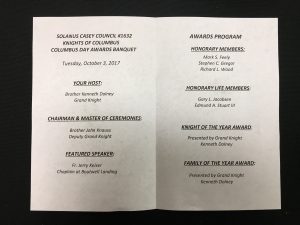 Congratulations to the following Brother Knights on their achieving Honorary and Honorary Life Member status at the Annual Awards Banquet on Oct 3rd.

Knight of the Year: 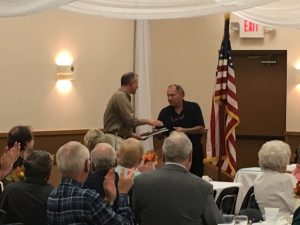 Family of the Year: 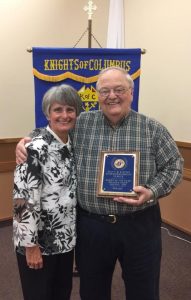 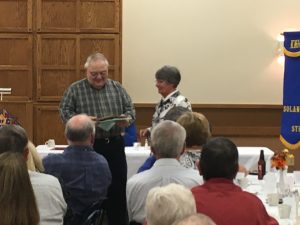 Mark your calendar for Tuesday, Oct 3 for the Columbus Day Awards Banquet. Location is the Stillwater KC Hall.

All members are invited and encouraged to attend. This event honors the Honorary and Honorary Life members, the Knight of the Year and the Family of the Year.

Deputy Grand Knight Brother John Knauss will be our hosts.

Get Directions
Join our council
Your browser is out-of-date!

Update your browser to view this website correctly.Update my browser now